In Memory of
Thomas A.
Denton
1942 - 2017
Click above to light a memorial candle.
This Book of Memories memorial website allows family and friends a place to re-visit, share and enhance this tribute for future generations.
Open Full Navigation
Family Interactive Login
Close
Menu
Click here to
Send
Flowers

Obituary for Thomas A. Denton 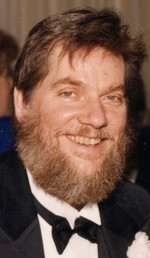 A 1960 graduate of Gongaza College High School, Tom earned an Associate’s Degree from the newly formed Prince George's Community College while interning for the International Brotherhood of Teamsters. He continued on to earn a Bachelors of Science degree in Engineering from University of Maryland in the 1960’s and worked as a Civil Engineer for AH Smith. When Multiple Sclerosis caused paralysis in 1973 and halted his Engineering career, Tom went back to college to earn a Bachelors Degree in Accounting, Summa Cum Laude, from UMUC. State Certified in Public Accounting, Tom worked aside his father for the Clinton public accounting firm which eventually became Denton Associates PA. Tom most cherished his family with his favorite memories being annual Denton-Massey family reunions in North Carolina and annual large extended-family Christmas gatherings. He was a competitive volleyball player until his 2nd fall to MS in the 1990s but fought back to be able to participate in community volleyball until his 3rd fall to MS in the 2000s. Tom was an intrinsic motivator and educator. He was charitable, benevolent, incredibly forgiving, generous, spirited, witty and happy. His Catholic foundation and unfaltering faith, not just in God, but also in others, allowed him the most peaceful life even into his last days.