In Memory of
Stephen Joseph
LaScola, Jr.
1951 - 2018
Click above to light a memorial candle.
This Book of Memories memorial website allows family and friends a place to re-visit, share and enhance this tribute for future generations.
Open Full Navigation
Close
Menu
Click here to
Send
Flowers 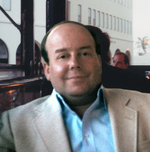 Stephen Joseph LaScola, Jr., 66, a 37-year resident of Mitchellville, MD and previously of Bowie, MD, passed away on January 18, 2018 at Prince George’s Hospital. He was born on March 26, 1951 in Washington, DC to Rosemary and the late Stephen Joseph LaScola, Sr. He graduated from Springbrook High School and attended Montgomery College. Stephen served in the U.S. Navy Reserves. He entered an Electrical Apprenticeship program which led him into a career as an Electrician, owner of his own electrical contracting company, LaScola Electrical Contractors, and eventually as a Vice President of the Natelco Corporation. He was a member of the International Brotherhood of Electrical Workers (IBEW) Local 26 for more than 45 years. In his spare time, Stephen enjoyed fishing, boating, automobiles, and social gatherings.

Friends are invited to celebrate Stephen's life at the George P. Kalas Funeral Home, 2973 Solomons Island Rd., Edgewater, MD on Wednesday, January 24 from 2 to 4 and 6 to 8 PM. Mass of Christian Burial will be offered at Holy Family Catholic Church, 826 W. Central Ave., Davidsonville, MD on Thursday, January 25 at 11 AM. Interment will follow at Lakemont Memorial Gardens Cemetery in Davidsonville. Condolences may be made by accessing the link on this page.