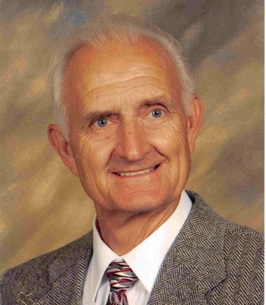 Share this tribute
Memorial Candles Lit for Lee | SEE ALL
Light a Candle
"We are honored to provide this Book of Memories to the family."
— Kalas Funeral Home & Crematory
"Uncle Sonny you were always smiling, caring and attentive to your family and Aunt Shirley. Growing up around you helped me understand what..."
— Angela Short & Family (great-niece)
Funeral Details Memory Wall Photos & Videos Send Flowers

Print
Lee Owen, "Sonny" 82, a 56 year resident of Annapolis, Maryland died peacefully, Friday, August 24 surrounded by his family and friends at the Mandrin Hospice House in Harwood. He was born in Gambrills, Maryland, on April 20, 1936 to the late Lee T. Owen, Sr. and Ida Belle Owen. He moved to Churchton where he attended elementary school and graduated from Southern High School in 1954. After high school, he enlisted in the U.S Air Force and served a tour in Japan. He was honorably discharged in 1958 and worked until retirement at Green Spring and Embassy dairies. He married Shirley Barham in March, 1960 and moved to Annapolis in 1962 where they raised their family. Sonny is survived by his loving wife, Shirley, son David Owen and wife Amanda of Harwood,daughter Debbie Allen and husband Karl of Lothian and three grandchildren, Ryan and Karlee Allen and Nate Owen. He is also survived by his brother Carl Owen and his wife Carol of Annapolis and sisters Margaret Taylor and Linda Hardy of Annapolis and Joan Windland of Friendship. Sonny was a lifelong member of Eastport United Methodist Church, where he spent many hours volunteering. He enjoyed reading, spending time with his family, especially his grandchildren and taking great pride in his yard work. Friends are invited to celebrate Sonny's life on Friday, August 31 from 2 to 4 pm and 6pm to 8 pm at the George P. Kalas Funeral Home, 2973 Solomons Island Rd., Edgewater, MD. A funeral service will be held on Saturday, September 1, at 11:00 am at Eastport United Methodist Church, 926 Bay Ridge Ave, Annapolis, MD. Interment will follow at Hillcrest Memorial Cemetery, Annapolis. If so desired, contributions may be made to Eastport United Methodist Church.

We encourage you to share any memorable photos or stories about Lee. All tributes placed on and purchased through this memorial website will remain on in perpetuity for future generations.

TF
Our condolences to the Owen family. Lee was such a kind man and it was a pleasure knowing him. We're so terribly sorry for your loss. Hugs and prayers to his family.
The Foxwell Family - Tuesday September 04, 2018 via Condolence Message
Share This:

LW
Shirley, David & Debbie, Here lies a great man who leaves a legacy behind. He was larger than life and lived his life full of a tremendous love for his family and all that knew him. May all your beautiful memories continue to bless you - with deepest sympathy for your loss
Lyne Washington - Friday August 31, 2018 via Condolence Message
Share This:

GO
Love and prayers to Shirley, David and Debbie & families also to sisters Margaret, Joan, Linda and brother Carl and their families. We will all miss his smiles and friendship. God is Blessing him.
Grace, Doug & Chuck Owen - Friday August 31, 2018 via Condolence Message
Share This:

RS
Every once in a while, if you're lucky, a person will cross paths with you and make a positive difference in your life. For myself, that person was Sonny Owen. He was a shinning example of both husband and father.
Robbie and Kim Solomon - Thursday August 30, 2018 via Condolence Message
Share This:

RC
Sonny was a supportive neighbor, of course with his wonderful wife, Shirley. Proud to be a Hillsmere Shores "original", Sonny was always ready to offer help when I was in a pinch. Sonny was a great source of information on landscaping and practical matters about the house. I lived across from Sonny & Shirley since 1994, and I missed them the minute they moved away from their beautifully maintained home. He was a true family man, and I know he will be missed by many.
Ruth Connell - Thursday August 30, 2018 via Condolence Message
Share This:

We are so sorry for your loss. May God comfort and guide you during this difficult time.

CH
Sonny was one of a kind. A true family man and gentle soul that always had a smile and a hug for all. He will be sorely missed by all. Prayers and love to Shirley, Debbie and their entire family.
Christie Hambruch - Thursday August 30, 2018 via Condolence Message
Share This:

Sonny will be greatly missed but his warmth, kindness, and gentle spirit will be remembered forever.
Christie and Bob Hambruch - Thursday August 30, 2018 via Heartfelt Sympathies
Share This:

Uncle Sonny you were always smiling, caring and attentive to your family and Aunt Shirley. Growing up around you helped me understand what a great guy was. Thank you for all our memories and for always looking out for my grandmother (Margaret). Sending you love!
Angela Short & Family (great-niece) - Wednesday August 29, 2018 via Memorial Candle
Share This:

Keeping your family in our thoughts and prayers during this difficult time
Marc and Penny Robertson - Wednesday August 29, 2018 via Heartfelt Sympathies
Share This:
1 2 next page >>
Page 1 of 2
Share
×

Share on Facebook
Send flowers to the family
Choose from beautiful standing, table and basket arrangements. Safe and secure online ordering.
View Flower Arrangements
What has already been purchased for the family?
Subscribe to Updates