To share your memory on the wall of Kenneth Avery, sign in using one of the following options:

Wayne worked as a car salesman for 50 years and was a mem... Read More
Kenneth Wayne Avery, Sr., 74, passed away on February 10, 2019 in Annapolis, Maryland. Wayne was born in Durham, North Carolina to the late Henry Avery and Viola Stansbury Onkka.

Wayne worked as a car salesman for 50 years and was a member of the Prince George’s County Crime Solvers for many years. He was also an avid Washington Redskins and Washington Nationals fan.

Wayne is survived by his wife of 58 years, Barbara, three children; Barbara Harmel and her husband Steve of Davidsonville, Wayne Avery, Jr. and his wife Katy of Edgewater and Wynee Zehner and her husband Marty of Millsboro, Delaware. Wayne was the loving grandfather to 9 grandchildren; Laurie, Janet, Amy, Stephen, Carl, Nicole, Rachel, Mary and Sarah, as well as ten great-grandchildren. He is also survived by many other family members and friends.

A memorial mass will be held on Saturday, March 2, 2019 at 11am at the Holy Family Catholic Church Chapel, 826 W. Central Avenue in Davidsonville, MD. Interment will be private. In lieu of flowers, memorial contributions may be made to Dare to C.A.R.E Foundation, 2002 Medical Parkway Suite 520 Annapolis, MD 21401 or online at daretocare.us
Read Less

Receive notifications about information and event scheduling for Kenneth

We encourage you to share your most beloved memories of Kenneth here, so that the family and other loved ones can always see it. You can upload cherished photographs, or share your favorite stories, and can even comment on those shared by others.

Posted Feb 16, 2019 at 01:51pm
A good friend and a great neighbor; always had that winning smile and a happy attitude .
Peace,
Marion and Jim Ellis
Comment Share
Share via:
JD

Posted Feb 13, 2019 at 11:38am
I am truly sorry for the loss of your dear love one, please accept my deepest sympathy. May God of tender mercy strengthen all to be comforted and find peace through family, the friends am and beautiful memories, 2 Cor. 1 3-4.
Comment Share
Share via:
MW

Posted Feb 13, 2019 at 10:14am
I am so sorry for your loss. After 58 years of marriage, I know you will be lonely, Barbara. The house will never seem the same. You are all in my prayers. Thank you so much for remembering Dare to Care as the recipient of donations.
Marilyn Williamson
Comment Share
Share via:
AC

Posted Feb 13, 2019 at 08:55am
I would like to express my heartfelt sympathy to the family for the loss of your dear Wayne. I hope that you will find comfort in the words of Jesus at John 5:28,29 where he promised that the day is coming when he is going to resurrect back to life those in the grave. And they will be brought back to a beautiful paradise earth with no more sickness. (Psalm 37:11,29) (Isaiah 33:24) Until then, it is just like your dear Wayne is sleeping. (John 11:11-13) May your family draw strength from Jehovah, the God of all Comfort.
Comment Share
Share via: 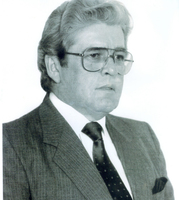