To share your memory on the wall of Frank Adams, sign in using one of the following options:

Friends are invited to celebrate Frank's life at the Kalas Funeral Home & Crematory, 2973 Solomons Island Rd., Edgewater, MD on Tuesday, January 22 from 2 pm until his funeral service begins at 4 pm. In lieu of flowers, contributions may be made to Holy Family Catholic Church, 826 W. Central Ave., Davidsonville, MD 21035.
Read Less

Receive notifications about information and event scheduling for Frank

We encourage you to share your most beloved memories of Frank here, so that the family and other loved ones can always see it. You can upload cherished photographs, or share your favorite stories, and can even comment on those shared by others.

Charlie and Corby Rosewag sent flowers to the family of Frank Anthony Adams.
Show you care by sending flowers

Posted Jan 22, 2019 at 10:18am
May God continue to bless you Elaine, and your family. Frank was a wonderful human being. My daughter (Shannon) and I will never forget him. Nor will we ever forget how kind and loving he was to her. He treated her like a daughter she always said. He had an infectious smile, which he was always wearing, and a huge heart. We will continue to pray for you.
Comment Share
Share via:
CR

Posted Jan 21, 2019 at 03:35pm
Wishing you peace to bring comfort, courage to face the days ahead and loving memories to forever hold in your hearts. Love, Meg and Mikey

Flowers were purchased for the family of Frank Adams. Send Flowers

Gracious Lavender Basket was purchased for the family of Frank Adams. Send Flowers

Posted Jan 19, 2019 at 03:52pm
And he will wipe out every tear from their eyes, and death will be no more, neither will mourning nor outcry nor pain be anymore. The former things have passed away. Revelation 21:4
Comment Share
Share via: 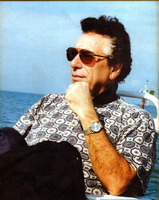