To share your memory on the wall of Frances Hubbell, sign in using one of the following options:

A memorial service will be held at St. Luke’s Episcopal Church, 50 Pope Avenue, Hilton Head, SC on Saturday, August, 10, 2019 at 10:30 am with a luncheon reception immediately following.

In lieu of flowers, contributions may be made to the Camera Club of Hilton Head Island or the Coastal Discovery Museum of Hilton Head.

Condolences may be made by clicking the link on this page.
Read Less

Receive notifications about information and event scheduling for Frances

We encourage you to share your most beloved memories of Frances here, so that the family and other loved ones can always see it. You can upload cherished photographs, or share your favorite stories, and can even comment on those shared by others.

Posted May 07, 2019 at 11:09am
Fran was such a lovely lady. We spent some time discussing her recent trip o Brazil at a Camera Club meeting. Sad to see her leave Hilton Head.
George Kops
Comment Share
Share via:
BK

Posted Apr 27, 2019 at 05:16pm
I was very sorry to learn of Fran's passing. I enjoyed her friendship over the last 8 or so years as she worked tirelessly as a volunteer for the Hilton Head Symphony Orchestra, the Camera Club of Hilton Head and the Coastal Discovery Museum. I'm sorry that her time with her family in Maryland was so short and I'll keep you all in my thoughts and prayers. Bob Koenig
Comment Share
Share via:
EM

Thank you Bob for your kind thoughts. We hope to see you at her memorial service on August 10th @ St. Lukes @ 10:30am.
NN

Posted Apr 26, 2019 at 07:15pm
I knew Fran from the Camera Club of Hilton Head. She has always been such an amazing contributor to the club and our activities. Nicest person you could ever meet and always a kind and caring lady. She will be missed, but never forgotten.
Comment Share
Share via:
AA

Posted Apr 26, 2019 at 02:40pm
Fran and Dick Hubbell we very close cruising companions of us for ours. We talked to Fran during her trials in selling her house on HHI. She told us how much she was looking forwar to moving closer her familing in Maryland. She were shocked to read of her death and were greatly saddened. She was a lovely person and a good friend.
Debby and Arthur andersen
Comment Share
Share via:
DC

Posted Apr 26, 2019 at 09:32am
My Sincere Condolences to Susan and Elizabeth, and the entire family. It was a privilege to be a part of Fran's life. Such a great and talented and successful person. Rest in Peace.
Comment Share
Share via: 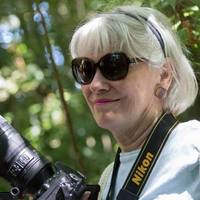