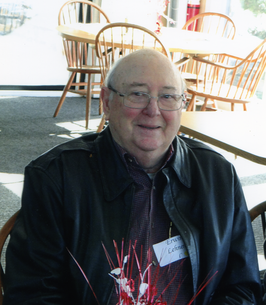 Share this tribute
Memorial Candles Lit for Ervin | SEE ALL
Light a Candle
"We are honored to provide this Book of Memories to the family."
— Kalas Funeral Home & Crematory
"Our hearts are broken, and we are so sorry for the loss of your dad. Our prayers are with all of you."
— Ed & Phyllis Tutko
Funeral Details Memory Wall Photos & Videos Send Flowers

Print
Ervin Lehnert, age 89, passed away peacefully and surrounded by his family at his home in Annapolis, on Monday, November 12, 2018. He was born on June 12, 1929, in Cameron Texas. He was the youngest of 6 children born to the late Richard and Philameno Lehnert. Ervin attended Cameron Texas schools and graduated in 1947. Following graduation, Ervin served in the United States Air Corp. He met his beloved late wife of 63 years, Florence, when he was stationed at Andrews Air Force Base. They married and moved to Silver Spring where they began their family. After his tour of duty, Ervin became employed by the Central Intelligence Agency. In 1965 Ervin, Florence, and their two sons moved to Davidsonville where they remained for 27 years. After raising their family, Ervin and Florence moved to Heritage Harbor in Annapolis. Ervin retired in 1995 and was awarded Intelligence Achievement Award.
Ervin was of the Catholic faith. After moving to Davidsonville, he became a member of Holy Family Catholic Church in Davidsonville. He enjoyed attending services, and rarely missed a Sunday for 50+ years. Ervin enjoyed vegetable gardening. He was an avid sports fan and cherished victories from the Baltimore Orioles and Washington Redskins. Throughout his life, he enjoyed keeping up with current events via daily newspapers and television broadcasts. He was a devoted, and loving husband, father and grandfather. Ervin will be remembered by all who knew him as a quiet, gentle, and kind man who loved God and his family. Ervin is survived by two sons, Rick Lehnert and his wife Mary Beth of Verona, VA, and Barry Lehnert and wife Suzette of Davidsonville, MD; a grandson, Justin Lehnert of Staunton, VA; a sister Rosalie Meak of Cameron, TX; and numerous nieces and nephews.
The family will receive friends on Thursday, from 4-6pm at KALAS FUNERAL HOME, 2973 Solomons Island Rd., Edgewater, MD. A funeral service will be held on Friday, November 16, 2018, at 12 pm at Holy Family Catholic Church, 826 W. Central Ave., Davidsonville, MD. The Lehnert Family would like to extend our gratitude to all of the caregivers from Helpers Heart and Visiting Angels for their attentiveness and loving care. Memorial contributions may be made to Holy Family Catholic Church or Hospice of the Chesapeake, 90 Ritchie Hwy., Pasadena, MD 21122. Online tributes and condolences may be made by using the link on this page.

We encourage you to share any memorable photos or stories about Ervin. All tributes placed on and purchased through this memorial website will remain on in perpetuity for future generations.

BR
Barry,
So sorry to hear about your loss. It always seems to be extra hard at this time of year. Sounds like he was a wonderful person.
Bob Radtke - Sunday November 18, 2018 via Condolence Message
Share This:

K
I’m so sorry for your recent loss. My deepest condolences to your family. Death of a loved one is never easy to endure, but you don’t have to go through it alone. Continue looking to God and you will always find comfort in him (2 Cor 1:3,4). He will soon destroy the enemy of death (1 Cor 15:26), and He will soon return our loved ones to us through the resurrection (John 5:28,29). Please visit JW.org and search “When Someone You Love Dies”, it helped me through some difficult times and I hope you can find comfort in it also.
Kim - Friday November 16, 2018 via Condolence Message
Share This:

We are thinking of you and your family during this difficult time. All our love!
The Jabin Families (Jan, Rod, Matt, and Dirk) - Thursday November 15, 2018 via Heartfelt Sympathies
Share This:

AH
Our thoughts and prayers are with you at this time. We will always remember what a special man he was. So kind, thoughtful, considerate and gentle. He will be greatly missed. Blessing and love from all his Caregivers at A Helper's Heart.
A Helper's Heart - Wednesday November 14, 2018 via Condolence Message
Share This:

Our hearts are broken, and we are so sorry for the loss of your dad. Our prayers are with all of you.
Ed & Phyllis Tutko - Wednesday November 14, 2018 via Memorial Candle
Share This:

LM
My deepest sympathies to the Lehnert family. I car pooled to work with Erv many years ago. He was a very kind and gentle man.
Leo Mahoney - Wednesday November 14, 2018 via Condolence Message
Share This:

ST
Rick and Barry so sorry to hear of Uncle Ervin's passing. Please accept my deepest sympathy. Losing your parents is very hard, let God comfort and hold you and your families in His every loving arms. Peace be onto you. God bless. Sandra & Albert Terpstra

RW
Rick, Mary Beth, Barry and Suzette,
Rollie and I send our love and prayers to you at this time of loss. Ervin was a kind, gentle spirit and we are grateful that he is reunited with his love, Florence. Blessings to each of you.
Rollie and Vicki Whalen - Wednesday November 14, 2018 via Condolence Message
Share This:

CR
Barry So sorry for your loss, Thoughts and Prayers at this difficult time.
Carol Railey - Wednesday November 14, 2018 via Condolence Message
Share This:
1
Page 1 of 1
Share
×

Share on Facebook
Send flowers to the family
Choose from beautiful standing, table and basket arrangements. Safe and secure online ordering.
View Flower Arrangements
What has already been purchased for the family?
Subscribe to Updates